Sea snakes look like their land-based relatives, but they have developed some adaptations to their marine life. The most obvious is a flattened, paddle-shaped tail which they use for swimming. Internally, they have a right lung almost as long as their bodies which allows them to spend long periods underwater, but eventually they have to surface for air. Sea snake species come in many different colour combinations including black and yellow, grey, pale brown and black and white. 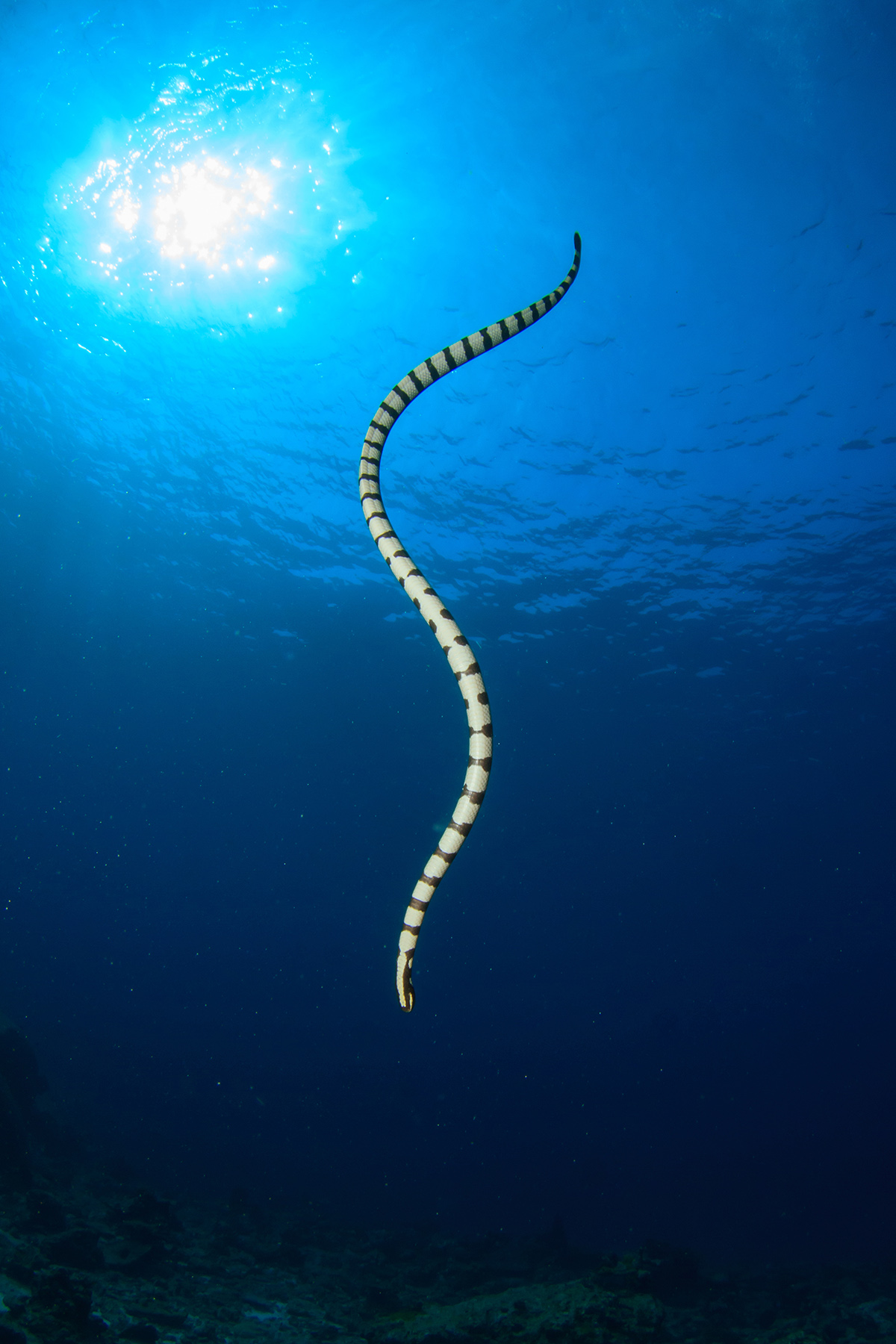 Where Do They Live?

Sea snakes live close to shore in warm tropical waters. Some prefer to live on reefs, while others like mud flats. Some even swim up rivers and can be found up to 160km inland.

Why Are They Dangerous?

Sea snakes have a highly toxic and fast-acting venom, which they use to catch the fish they eat before they can get away. If they bite humans, they might not feel it as the bite is painless. The venom can make you feel nauseous and dizzy, give you a headache, make you vomit, make your muscles hurt and in severe cases, affect the breathing muscles.

How to Avoid Them?

Sea snakes are curious and are attracted to any sign of motion in the water. They may approach a diver or swimmer, but they are shy and usually keep their distance. If you see one, keep calm and move away slowly. Do not touch them! The most common bites happen when fishermen catch them in their nets. Be careful when handling nets, especially at night.

What to Do If You Get Hurt

Treatment is the same as for all venomous snake bites. Call 000 immediately. Apply a pressure immobilisation bandage to the bite site, if you’re not sure how to do this ask your patient to remain as still as possible. An antivenom is available!