The tropical waters of Australia, north of Bundaberg in Queensland and in Geraldton in Western Australia, are home to some of the most dangerous marine stingers on Earth.

Tropical stingers have potent toxic stings which can cause serious illness and death in some cases.

Here's some tips to protect yourself in tropical waters:

Tropical marine stingers can be found across Northern Australia, down to around Bundaberg in Queensland and Broome in Western Australia.

What kinds of stingers are the most dangerous? 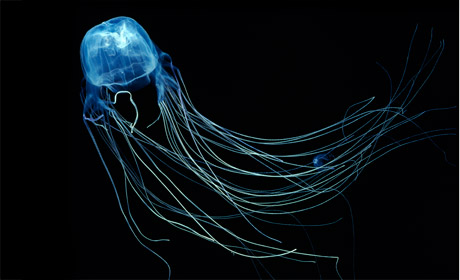 The Box Jellyfish (Chironex) is a large, but almost transparent jellyfish with a box shaped bell which can be up to 30cm in diameter. It also has up to 15 tentacles that can extend up to 3m in length. Its sting causes severe burning skin pain, often with tentacles remaining in the stung area. Severe stings can cause respiratory distress and cardiac arrest. 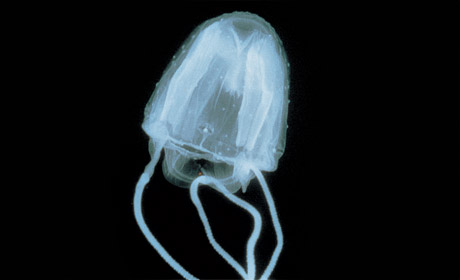 The Irukandji is another dangerous stinger but is quite different in appearance to the box jellyfish. Irukandji have a small 1-2cm bell which is extremely difficult to see. They may appear in epidemic proportions close to shore, which presents a real hazard to swimmers. Irukandji cause an initial minor sting, followed 5-40 minutes later by severe generalised muscular pain, headache, vomiting and sweating. The sting by some species can also increase blood pressure which may become life threatening. These symptoms are sometimes referred to as Irukandji Syndrome.

Tropical marine stings can be life threatening, so it’s vitally important to provide effective first aid. If someone is stung you should immediately: